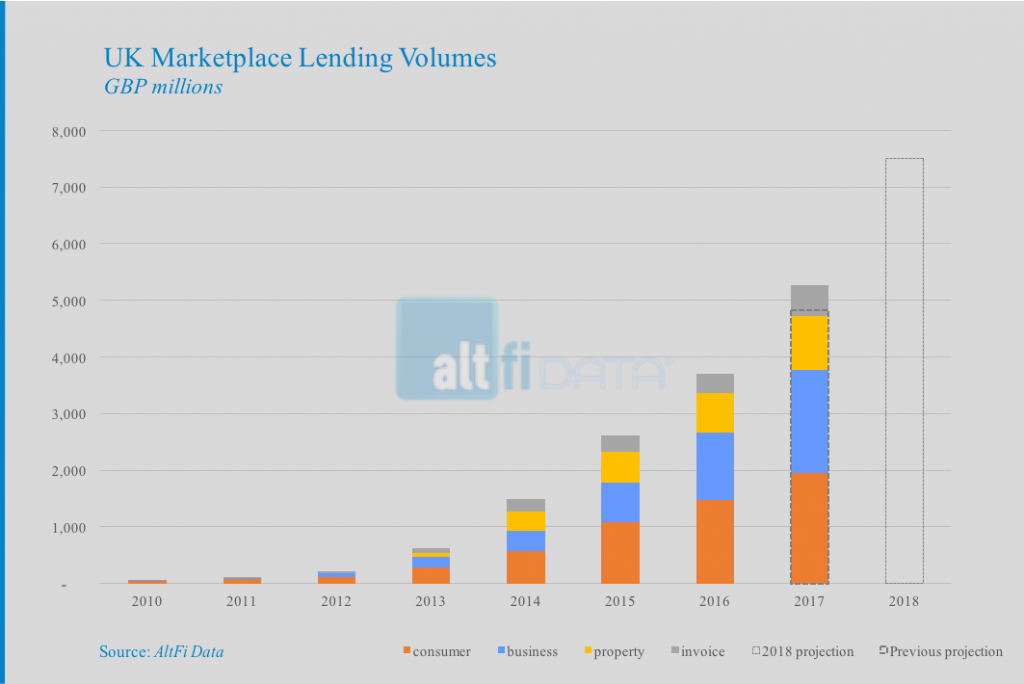 ….according to AltFi Data estimates.

Full year 2017 origination data is now in for the bulk of the marketplace lending sector allowing us to reflect on the accuracy of our 2017 estimates, and to make some new projections for 2018.

As in previous years our 2018 projections are purely quantitative. We have simply taken the previous years growth rate of each lending segment (business, consumer, property, or invoice) and projected it forward to the following year. Interestingly this methodology materially underestimated eventual growth rates last year. In fact, from when we last extrapolated at the half year stage, the UK, Europe and the USA have all seen a significant acceleration. Indeed a significant recovery in second half volumes has resulted in all three geographies coming in ahead of our estimates. 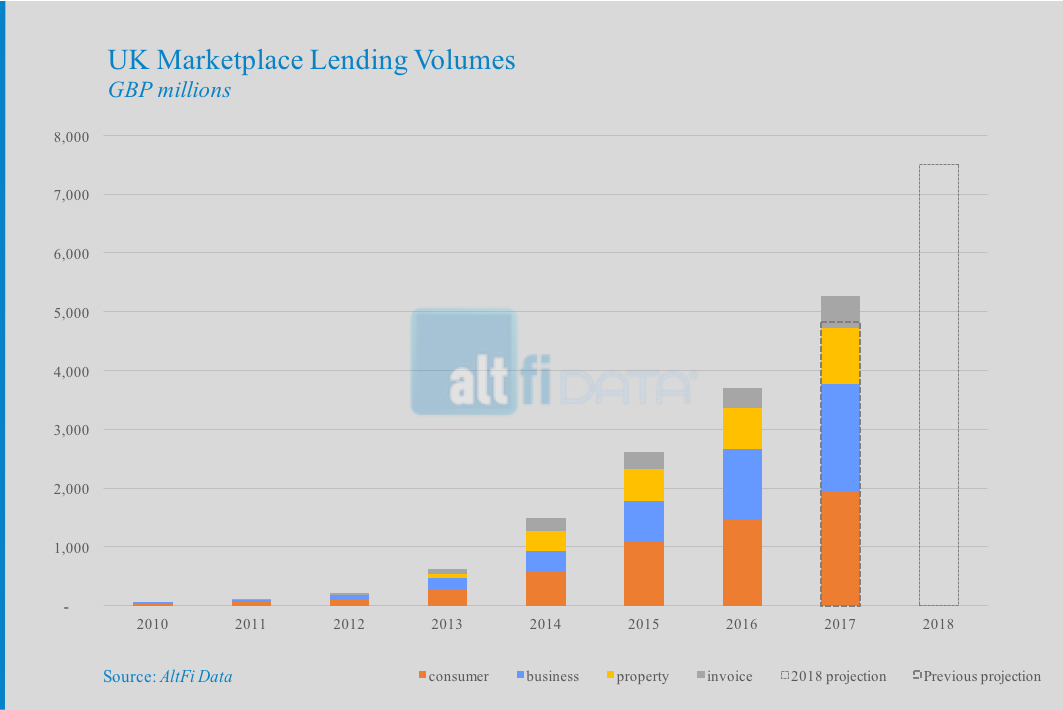 In the UK we are projecting full year 2018 new loan origination volume of £7.5bn, a year on year increase of 43%, with the sharpest increase due in invoice and SME, scheduled to grow at 54% and 53% respectively. 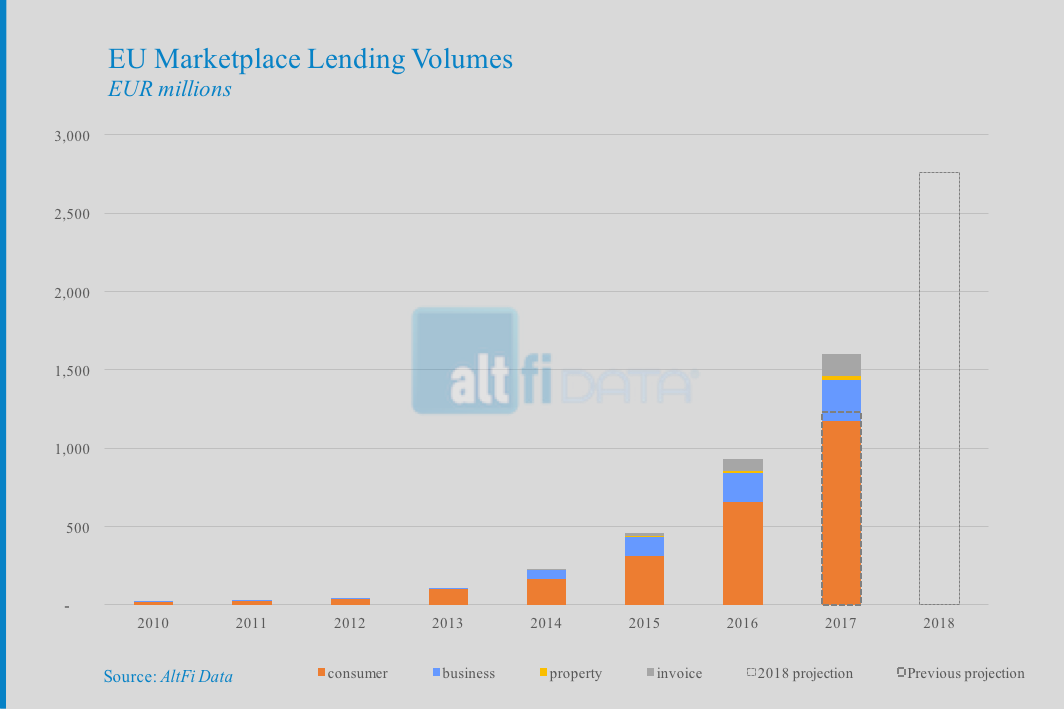 In the EU we are projecting full year 2018 new loan origination volumes of EUR2.8bn, a year on year increase of 73%, with the strongest growth due in property and consumer, scheduled to grow at 102% and 79% respectively. 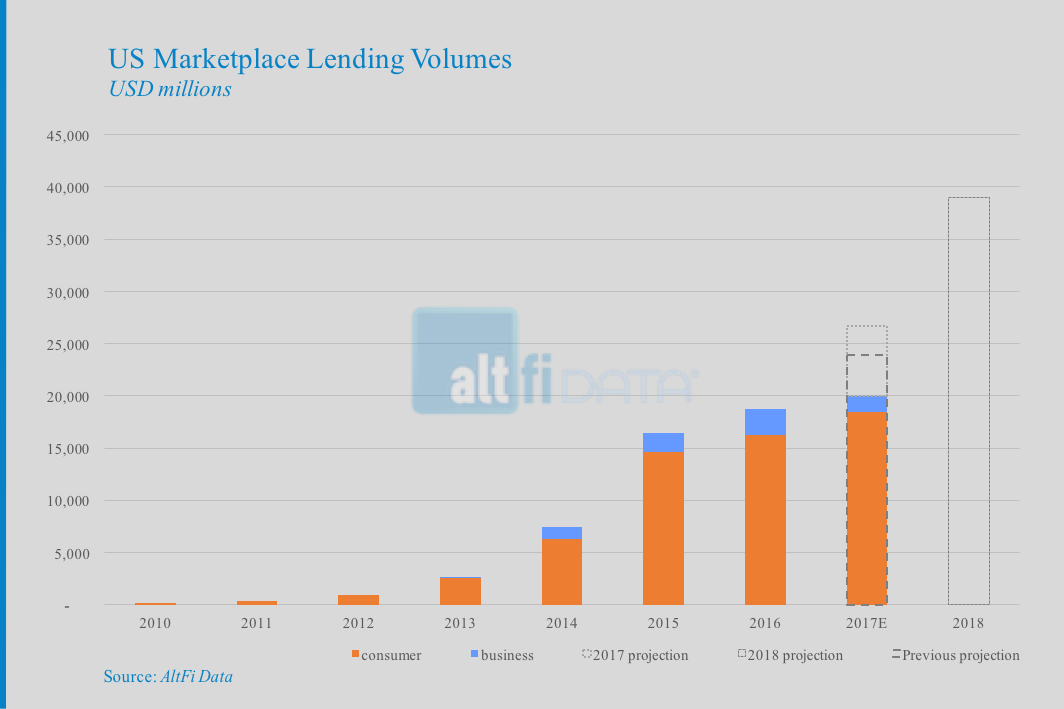 In the US volume reporting is not as timely, but with the bulk of 2017 reported we can still make a useful extrapolation based on an estimate of full year 2017 production. We are projecting full year 2018 new loan origination volumes of $38.9bn, a year on year increase of 46%, with by far the best of the growth coming in consumer which is expected to grow at 51%.

We use cookies to ensure that we give you the best experience on our website. If you continue to use this site we will assume that you are happy with it.OkRead more